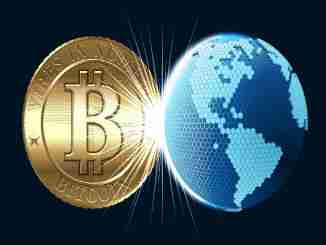 While much of the recent focus on Bitcoin has been on its tremendous gain in value, less has been discussed recently about its use as a currency. That is, after all, why Bitcoin was created in the first place, to act as a currency that could be used easily by people around the world without any of the disadvantages of nationally-issued fiat currencies. Bitcoin continues to break new ground in that respect.

Bitcoin was just used to settle a commercial shipping transaction for the first time. Prime Shipping Foundation has created a test system to enable Bitcoin and other cryptocurrencies to be used to settle freight deals for commercial shipping. Bitcoin was just used within that system to complete a deal in which wheat was shipped from Russia to Turkey. The company intends to create its own digital currency too, but the deal highlights the ability of Bitcoin and other cryptocurrencies to ease cross-border financial transactions.

Now that the concept has been proven, it’s up to shipping companies and their suppliers to continue to use Bitcoin for such purposes. Some of the major concerns surround Bitcoin’s price volatility, which should lessen as the cryptocurrency becomes more mature. What would be particularly interesting is if Bitcoin is used to settle transactions for oil shipments, as much of the strength of the US dollar is tied directly to its use in international oil markets. If Bitcoin is able to break into that market, it could upend the dollar’s international dominance.

For investors in Bitcoin IRAs, increased use of Bitcoin in new ways and new markets is a positive sign. Increased use and acceptance of Bitcoin will enhance its international prestige, strengthen network effects, and maintain a vibrant Bitcoin market. That will all work to investors’ advantage and continue to grow the value of their Bitcoin investments.