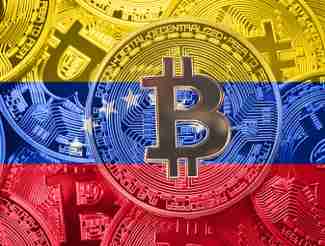 Most Bitcoin investors and enthusiasts understand the many advantages of Bitcoin and its usefulness both as a currency and as an investment. But while Bitcoin stands on the cusp of revolutionizing currency and payment systems throughout the developed world, it also plays a vital role in much of the developing world. In countries facing corrupt governments or central banks, whose monetary units are prone to wild swings in value or massive devaluation, Bitcoin has established itself as a sound money that enables day-to-day financial activity. Perhaps nowhere is that more evident today than in Venezuela.

The Venezuelan government has devalued its currency for years, but the past two years have seen a particularly virulent hyperinflation. The inflation rate has soared from 80,000% last year to an expected 10 million percent this year, consumers have had to use baskets full of money just to buy staple goods, and the government is now trying to sell its gold reserves in order to raise money. It’s no surprise then that the people began to resort years ago to using Bitcoin in order to buy food, clothing, and medicine.

Bitcoin use in Venezuela has exploded in recent months, growing exponentially as it becomes more and more clear that the Venezuelan bolivar is on a path towards complete destruction. And as the political situation in Venezuela continues to remain in flux, expect Bitcoin use to continue to grow.

The Venezuelan government has attempted to harness the popularity of cryptocurrency in Venezuela by introducing its own cryptocurrency, the petro. But aside from forcing adoption by paying civil servants in petros and requiring various government services to be paid for in petros, it’s unlikely that the petro will gain any traction at all, and it certainly will come nowhere close to challenging Bitcoin’s dominance.

Bitcoin’s popularity in Venezuela is yet another indicator that Bitcoin isn’t just a passing fad, or an interesting bauble that appeals just to young techies. Bitcoin truly is a transformative technology that will revolutionize the financial world, dramatically easing payment difficulties, enabling easier consumer transactions, and acting as a valuable investment asset for investors looking to grow the wealth and utility of their assets.