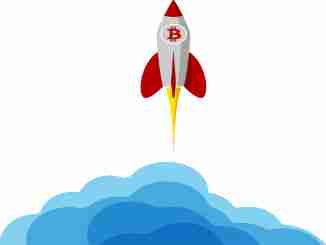 Right before the weekend, Bitcoin climbed from below $16,000 to a new high of $19,500 in less than an hour on the US-based GDAX exchange, ahead of the launch of Bitcoin futures this week. Bitcoin then dropped by 19% to $13,482 on Friday, December 8th. But while on Saturday it dropped again between 9-12%, CoinDesk reported on Sunday that “the market’s most recent session” indicates gains of “more than 5 percent” across cryptocurrencies.

Sunday was the opening day for the new Bitcoin futures contract at the Chicago-based CBOE Global Markets exchange, “followed by CME Group the next week,” according to Reuters. The launches “could open the door to short speculators who believe the price has risen far too quickly.”

Still, JPMorgan and Citigroup have decided not to immediately clear Bitcoin trades for clients once investors start trading futures contracts. For that, investors can look to Goldman Sachs, which says it plans to soon clear Bitcoin futures for some clients.

Bitcoin was up “almost a third” throughout the week and has tripled in price since October, alarming some bearish Bitcoin analysts who have been warning of a Bitcoin bubble. But despite warnings of a bubble, millions of new investors have created wallets and millions more have pushed the Coinbase app to the top of the charts. Coinbase and Trezor reported traffic that slowed trading through the week.

In addition to major exchanges beginning to hop on the crypto-bandwagon, speculators are also possibly encouraged by the successful test of the Lightning Network technology on Thursday that is meant to “allow Bitcoin to work significantly faster” since users can “transact outside of the blockchain.”

Cameron Winklevoss is particularly excited about Bitcoin’s recent gains and made headlines over the weekend, saying he believes Bitcoin “is a gold disruptor” and that it will soon appreciate by 10 to 20 times its current value. According to Bloomberg, the millionaire is thought to be one of the largest holders of Bitcoin.