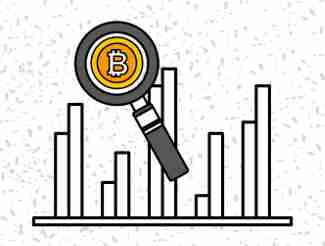 After the great cryptocurrency crash of early 2018, many pundits claimed that that was the end for Bitcoin and other cryptocurrencies. Falling from a high of near $20,000 in late 2017 to about $6,000 by mid-2018, Bitcoin’s popularity took a nosedive as well. For the next several months Bitcoin was in a rut, failing to break through any previous highs, and even falling below $4,000 at one point.

But after months below $4,000, Bitcoin finally went on a run recently, topping the $8,000 mark and providing recent investors with amazing doubling of their investment. That has led to a renewed surge in Bitcoin’s popularity, making it one of the most popular searches on Google.

In fact, Bitcoin has become so popular a search term that it even outranks many of the other most popular search terms, such as Donald Trump, Kim Kardashian, and Tesla. That’s pretty good performance, and an indicator that there is renewed investment interest in Bitcoin.

This is yet another bright spot for Bitcoin, which despite continued popularity among investors and continued adoption by corporations remains deeply unpopular among much of the mainstream financial media, which gloats every time Bitcoin drops in price. But no matter how much negative press Bitcoin may get from the purveyors of overheated tech stocks, those who actually use and invest in Bitcoin know better. Bitcoin and cryptocurrencies are the wave of the future and an indicator of what’s to come, and nothing can stop them from disrupting the current financial and payments system.