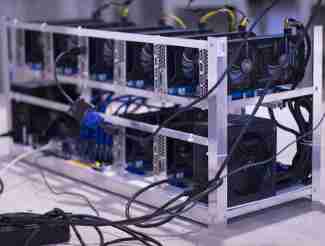 Bitcoin recently set a new record for hash rate, as miners are getting back into the Bitcoin mining game. The total hash rate surpassed 119 exahashes per second (EH/s) in early January, breaking the previous record of 114 EH/s that had been set back in October. These levels are significantly greater than the levels seen at the beginning of 2019, when they were around 40 EH/s.

That’s an indicator that miners are now seeing a renewed case for the profitability of Bitcoin and cryptocurrency mining, after a couple of years that saw many smaller and marginal cryptocurrency miners exiting the market due to declining cryptocurrency prices and higher mining costs. It’s particularly interesting that the rise in the Bitcoin hash rate has been correlated with a rise in Bitcoin’s price. Did the rise in hash rate result in a rise in price, or did a rising price result in more miners entering the market?

There’s also a lot of bullish interest surrounding Bitcoin’s upcoming halving this year. The Bitcoin protocol periodically makes mining more difficult. Every four years it becomes twice as difficult to mine bitcoins, by cutting in half the number of bitcoins created when miners process transactions. Every time this “halving” occurs, the price of Bitcoin has shot up. That could be another reason that more miners are entering the market, hoping to take advantage of an upcoming rush into Bitcoin.

The outlook for Bitcoin in 2020 is bullish, as it is for most other cryptocurrencies. Marginal actors have left the market so that only the most committed remain. Those who have invested in Bitcoin and have stayed the course are now ready to reap the benefits.