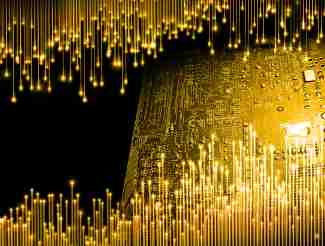 Many cryptocurrency enthusiasts and analysts have suggested that Bitcoin is digital gold. That’s a pretty heady comparison, but does it really pan out? After all, gold has a track record dating back thousands of years, while Bitcoin has only been around for a decade. But recent price movements suggest that, yes, Bitcoin may be considered, like gold, a safe haven asset that investors flock to when financial times get turbulent. And that makes the outlook for Bitcoin’s future price very bullish indeed.

Bitcoin’s price saw a nice surge in July but then began to sink again as stock market prices began to reach all-time highs again in mid-July. By the end of the month the price had dropped from over $12,000 to under $10,000, and many Bitcoin bears were talking about further bearish pressure. But from those lows Bitcoin has risen yet again.

Bitcoin’s price movements have been very similar to those of gold, which is starting to push back higher now that stock markets are showing weakness again. With a trade and currency war with China heating up and increased pressure on the Federal Reserve to cut interest rates, stock markets are facing a very rough period ahead. The worse they do, the better gold will do. And increasingly, the better Bitcoin will do too.

That’s great news for Bitcoin investors, especially those hoping to see Bitcoin regain its all-time highs. With stock markets showing signs of weakness and set to lose value as the economy weakens, the new digital gold should maintain its luster and keep gaining value through the rest of the year.