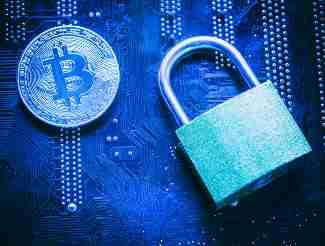 One of the vaunted advantages of Bitcoin and other cryptocurrencies is the ability to keep financial transactions private. Since Bitcoin addresses are just a string of numbers and letters, no one knows who is on either end of the transactions. Or at least that’s how it’s supposed to work in theory.

In practice, because transactions are recorded within the blockchain and because many cryptocurrency holders first exchange fiat currency to buy cryptocurrency and then convert their cryptocurrencies back into fiat, governments can track those transactions and attempt to pinpoint who the actors are. And that’s exactly what the US government is doing to try to track down drug dealers, money launderers, and other criminals.

Because the transactions from fiat to crypto and vice versa normally happen on exchanges, authorities can target the exchanges to try to figure out who is engaging in nefarious activity. And while there are ways for criminals to try to conceal their tracks, such as engaging in peer-to-peer exchanges rather than through licensed exchanges, that isn’t foolproof either.

In fact, it wouldn’t be surprising if much of the uptick in cryptojacking is a result of cybercriminals trying to get around the problem of going through exchanges to trade fiat for crypto. By mining cryptocurrencies themselves, they perhaps hope to eliminate that step that could identify them to the authorities.

The government’s ability to identify and track Bitcoin and cryptocurrency transactions isn’t really an issue for Bitcoin IRA investors, since IRA assets are known to the government anyway. But Bitcoin’s privacy potential for Bitcoin investors lies in the fact that no non-governmental party can associate a given Bitcoin address with any particular individual. And cold storage solutions provide an extra layer of privacy, shielding your assets even further. That means that your investment decisions, or your decision to spend your Bitcoin, remain free from the prying eyes not just of potential criminals but also of the just plain nosy.