Bitcoin Prices Back on the Upswing 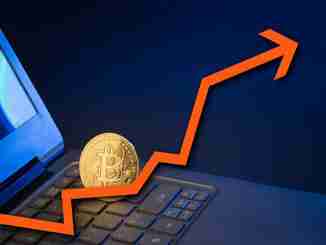 After a month of price decreases that had many Bitcoin investors wondering when prices were going to stop dropping, Bitcoin’s price seems to have bottomed out and is beginning to appreciate yet again. Intraday prices last week saw Bitcoin drop to below $6,000. At the time of writing, Bitcoin’s price had increased to nearly $8,700.

With China’s market having played such a large role in the growth of Bitcoin, that crackdown necessarily caused a decline in Bitcoin’s price and a negative future outlook. But now that the crackdown has most likely gone as far as it can, markets have priced that in, so Chinese actions shouldn’t have any further effect on markets.

Some in the Bitcoin world had feared the prospect of restrictive action on the part of US regulators, particularly in light of last week’s US Senate hearing on cryptocurrencies. But US regulators don’t work nearly as quickly as their Chinese counterparts and, with midterm elections coming up this fall, the likelihood of any negative US action taken towards Bitcoin and other cryptocurrencies is likely extremely small.

That should be good news for US Bitcoin IRA investors, who are certainly banking on regulatory authorities maintaining a light regulatory touch. In fact, the approval and continued operation of Bitcoin futures markets highlights the acceptance that Bitcoin has received from US regulators. Any future regulatory action will likely focus on the initial coin offering (ICO) market, rather than cryptocurrencies themselves, so those who are banking on returns from Bitcoin and other cryptocurrencies shouldn’t have anything to fear.