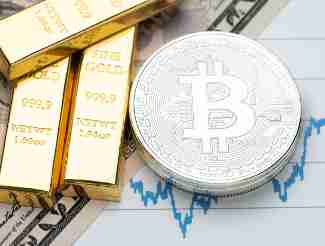 The major news impacting markets this week was President Trump’s decision to introduce tariffs on all Chinese imports. Existing tariffs will rise from 10% to 25%, and all imports that previously were exempt from tariffs will have new tariffs placed on them. China retaliated by placing tariffs on $60 billion worth of US exports to the country, leading to fears that the trade war will heat up significantly.

It’s probably no surprise, then, that Bitcoin’s price skyrocketed in the aftermath of that news. Whether the increased demand is coming from US investors or Chinese, the price zoomed to over $8,000 within just a couple of days, more than double what it had been trading at earlier this year.

After months of price stagnation, Bitcoin had finally begun to break out of its rut, and the latest news in the trade war has only confirmed Bitcoin’s role as a safe haven asset. With the prospect of a more heated trade war in the coming months, investors on both sides of the Pacific will look to Bitcoin to protect their wealth.

American investors fear a stock market crash above all, so they’re looking to move their stock assets into assets that will retain value. With Bitcoin continuing to gain in value and potentially worth a lot more in the future, that makes Bitcoin a natural choice for them.

Chinese investors fear an economic slowdown as Chinese exports to the US are now subject to tariffs. And with capital controls already in place, many Chinese are looking to get their assets out of China and into relative safety before any stricter controls are put into place. That again makes Bitcoin a natural safe haven choice for them.

Bitcoin IRA investors who are invested in Bitcoin for the long haul have to be overjoyed that markets are confirming their reliance on Bitcoin as a stable long-term store of value. And with the trade war looking to last for months, if not years, more and more investors will pile in to Bitcoin to safeguard their assets.