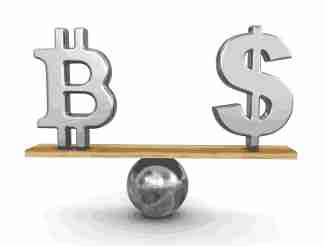 While stock markets have been on a roller coaster ride the past couple of weeks, Bitcoin has remained remarkably stable. That’s a departure from previous price movements, and a potential indicator that Bitcoin is maturing as an alternative investment asset and as a store of wealth during times of financial turmoil. Some market analysts are even calling Bitcoin’s lack of volatility in recent weeks unprecedented, as Bitcoin is trading within a price band of less than 1%. In the longer term it will be interesting to see whether Bitcoin begins to break out into a bull market if stocks continue to decline in the coming months.

One of the knocks against Bitcoin as both a currency and as a store of value had been its volatility. As a relatively new currency, its swings both up and down made it difficult to use as a currency. But volatility brought traders and speculators who sought to benefit from those price swings and use them to their advantage.

In that sense this latest bout of price stability could be an indicator that much of that speculative interest has left Bitcoin markets. With Bitcoin well off its all-time highs, those who were hoping to get rich quick by reaping enormous short-term gains have undoubtedly pulled out and taken their money elsewhere. That leaves behind Bitcoin investors, users, and enthusiasts who plan to keep their assets in Bitcoin for the long haul.

Because this user base features long-term, stable users such as Bitcoin IRA investors, it has lent much-needed stability to Bitcoin’s price. If Bitcoin can retain that stability, capitalize on it, and maintain it for the long term, it could go a long way towards boosting Bitcoin’s reputation as a reliable investment asset and store of value. That will allow for benefits not just for Bitcoin investors but for the entire Bitcoin and cryptocurrency community.