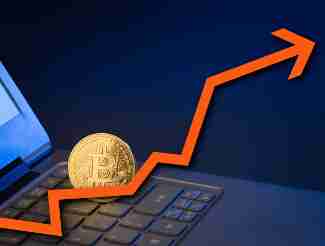 After several months of price declines and back and forth movement, it looks like Bitcoin has finally bottomed out and started to rebound. At one point naysayers thought it likely that Bitcoin would drop below $3,000, but now it looks like Bitcoin is set to break through the $4,000 barrier it has been challenging for a while. With the prospect of a worsening economy and declining stock markets, safe haven buying may further boost Bitcoin’s value.

It’s important to remember that much of Bitcoin’s initial drop in value last year was due to the Mt. Gox bankruptcy trustee dumping massive amounts of Bitcoin on public exchanges. Like it or not, Bitcoin’s trading volume still pales in comparison to government fiat currencies and major stock exchanges. Price movements of several hundred dollars are triggered just by little rumors floating around on the internet, so thousands of bitcoins being dumped and driving down prices, especially when the identity of the seller isn’t known, freaks out Bitcoin markets more than it would more established financial markets.

What the price decline of the last few months has done is drive out the short-term speculators so that only the most committed and dedicated investors are left. It’s important to remember that Bitcoin is still nearly four times as valuable as it was at the beginning of 2017. Even those investors who got in when Bitcoin broke through the $2,000 mark have seen their returns nearly doubled, a far better record than any other financial investment.

Those investors who took advantage of the opportunity to invest in Bitcoin with a Bitcoin IRA before the speculation-induced madness have seen their retirement savings increase enormously. And with more and more mainstream interest in Bitcoin, increased demand in the future will only lead to higher prices. The future of Bitcoin looks just as bright as ever.