Bitcoin Needs Electricity, But Is That Its Achilles Heel?

Home » Bitcoin Needs Electricity, But Is That Its Achilles Heel?

Bitcoin Needs Electricity, But Is That Its Achilles Heel? 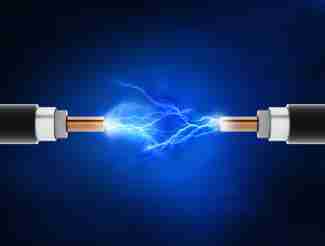 Bitcoin has revolutionized the world of payments, allowing individuals to transact with each other without the use of banks or other centralized payment processors. Those transactions can even take place across international borders, with greatly reduced cost versus what would normally occur through the banking system. But the one knock on Bitcoin is that, as an internet-based digital currency, it requires electricity to function. Whereas good old cash can change hands in the event of a power outage, Bitcoin and other forms of electronic payment may not work. But is that really the case?

Thankfully we’ve been shown the first instance of Bitcoin’s usage during a major power outage. Venezuela recently lost power for an entire week, with most of the country blacked out during that period. Venezuela also happens to be a country with high Bitcoin usage, thanks to the hyperinflationary monetary policy pursued by successive socialist governments.

It’s probably no surprise that Bitcoin transaction volume dropped significantly during the blackout, with the number of transactions falling by 40%. But compared to debit and credit card transactions, which couldn’t occur at all, that’s actually pretty good. Individuals were still able to use generators to create electricity and connect to WiFi networks, enabling them to continue transacting with Bitcoin despite the power outage. The fact that Bitcoin was still active, even if at only 60% of its pre-blackout levels, is a pretty amazing indicator of Bitcoin’s ability to enable financial transactions even in the face of a lack of electricity.

Many of Bitcoin’s detractors will undoubtedly point to the drop in transaction volume as a sign of Bitcoin’s weakness. But while Bitcoin transactions may have fallen off, they didn’t completely disappear. That’s a testament to Bitcoin’s resilience and a resounding stamp of approval from consumers in the marketplace. Whether it’s used to aid financial transactions or held as an investment asset, Bitcoin continues to make great strides in revolutionizing the world of money and commerce.