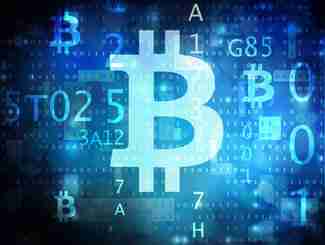 With the rising difficulty of mining Bitcoin, mining costs are rapidly approaching the price of Bitcoin and may soon equal it. That has spurred a “gold rush” of sorts as miners are trying to relocate their operations to areas with cheap electricity costs and easy cooling to maximize profits. But there’s a limit to how cheap electricity can get. At some point the cost of mining one bitcoin will exceed the market price.

Miners are an integral part of Bitcoin. Not only does Bitcoin mining create new bitcoins, but it also confirms Bitcoin transactions. It’s important to remember that Bitcoin was designed from the outset to become more difficult to mine as more and more bitcoins are mined. Once 21 million bitcoins have been mined, miners will no longer create new bitcoins, and they will have to rely on fees to make money.

Even if mining costs were to exceed the cost of one bitcoin, miners could continue to remain profitable by raising fees for confirming Bitcoin transactions. Bitcoin fees had risen significantly late last year when Bitcoin reached its all-time highs, but have since fallen back as the number of Bitcoin transactions has decreased.

Since excessively high fees would result in a decreased number of transactions, there is a limit to how high fees can go, and miners would obviously have to compete for business by offering lower fees. Because fees would thus be limited, it is the price of mining Bitcoin that will ultimately have the most influence on Bitcoin’s price in the short and medium term.

If mining costs were to increase then a large number of miners might decide to stop mining or shift to another, more profitable cryptocurrency. Barring a sudden decrease in the cost of electricity or a sudden technological breakthrough that makes mining hardware more efficient, we should expect the cost of mining to provide a floor for Bitcoin’s price. That should assuage any fears that Bitcoin investors may have about the long-term outlook for Bitcoin’s price.