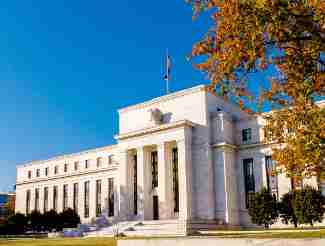 Since the financial crisis more and more people have become familiar with the concept of stress tests, the tests which central banks and financial regulators use to determine the strength and resilience of the banking system. Stress tests require banks to analyze their potential performance under a series of hypothetical scenarios. The tests are designed to determine whether banks are adequately capitalized in the event of serious negative shocks, or whether they need to improve their capitalization in order to weather possible future financial crises.

The results of stress tests are often highly anticipated by investors, as banks that fail the tests put themselves at risk of lower share prices, higher interest rates on their debt, and potential intervention by regulators to ensure that they don’t pose a risk to the overall health of the financial system. In the case of the Fed’s stress tests, the tests assess bank performance under scenarios labeled baseline, adverse, and severely adverse. And for the first time a Bitcoin price crash is being considered as one of the possible scenarios for which banks need to be prepared.

While Bitcoin isn’t in danger of crashing anytime soon, it’s never a bad idea for banks to prepare for such a scenario. It’s also a sign of the changing nature of financial markets that Bitcoin is now so intertwined with the financial system that a Bitcoin crash could have a reverberating effect throughout financial markets. With a market capitalization of $68 billion it exceeds GM, Ford, and Tesla, meaning that a crash in Bitcoin would certainly be a momentous event for financial markets.

The fact that Bitcoin may become part of bank stress tests is yet another sign that Bitcoin continues its march into the mainstream and nothing can stop it now. Numerous investors have made Bitcoin a part of their retirement strategy, hoping to benefit from the potential for long-term price rises. As Bitcoin continues to make strides breaking into the financial world, those investors have to feel very happy that they made the decisions they did.