Bitcoin Is Superior to ICOs 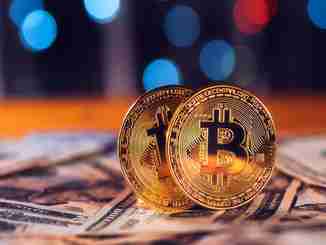 As cryptocurrencies have become ever more popular over the past couple of years, more and more entities have become involved in issuing cryptocurrencies and digital tokens. One of the most popular methods recently of getting into the cryptocurrency market has been through initial coin offerings (ICOs). ICOs have gained the attention of both investors and regulators alike, as many ICOs are touted as being the “next big thing” or even the “next Bitcoin.” Yet the reality is that many of them only exist to part gullible investors from their hard-earned money.

Unlike Bitcoin, which has no central authority and whose founder has basically never been heard from since Bitcoin went live, ICOs are often issued by a central authority, a company or individual. ICOs are often issued by a fledgling company looking to gain cash for projects, normally cryptocurrency-related, with investors gaining digital tokens in return. The issuers of the tokens entice investors by promising the possibility that the tokens will appreciate in value upon the successful completion of the company’s project.

That’s the first problem with ICOs. In the sense that they are issued by a company and their value is dependent on the company’s performance they act in a similar way to stocks, and thus are properly classified as securities. Yet by not registering with the Securities and Exchange Commission (SEC), ICO issuers are ignoring existing securities laws and regulations and flirting with danger.

The second problem is that nearly 80% of ICOs are identified as scams. The supposed companies issuing the tokens have no intention of ever completing their project. They just want to publish a reasonably plausible business plan, entice investors to buy their tokens, and then make off with thousands or millions of dollars. Thankfully only 11% of funds used to buy ICOs have gone into scams, but that’s still about $1.7 billion lost by investors. And even if the ICOs aren’t fraudulent to begin with, many of them fail within months, costing investors even more money.

That’s why when investing in cryptocurrencies it pays to invest in assets that have a track record. By investing in established products such as Bitcoin through a Bitcoin IRA or other investment vehicle, you know what you’re getting into. You don’t have to worry that someone will abscond with your money and leave you with a worthless piece of digital currency. With Bitcoin’s history as an investment asset and its continued future potential as a payment method and store of wealth, it will remain in demand among investors and will remain a popular asset for many years to come.