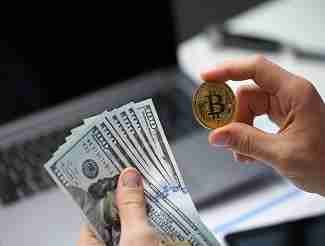 Cryptocurrency is a more popular investment than ever before, with more than one-third of institutional investors in the US and Europe saying they have already invested in Bitcoin or some other digital asset. More investors say they want to join the crypto bandwagon, and 2021 promises to be a red-letter year for Bitcoin.

Bitcoin has long attracted the interest of hedge funds, but the new asset has been attracting a wider group of investors. Now, financial advisors and high net worth individuals are also buying up the digital currency, and its popularity is steadily growing among the general public.

Bitcoin also has tremendous potential for retirement savings, and a growing number of investors have been turning to Crypto IRAs to help them build and replenish their retirement accounts from past losses.  In much the same way as many turn to self-directed IRAs holding precious metals or real estate, independent-minded investors are using Cryptocurrency IRAs to buy Bitcoin in their retirement because of its explosive growth over the last few years and its potential to hedge their other investments against the fluctuations of today’s economy.  For many investors, this has been a powerful combination.

Still, many investors are hesitant to include Bitcoin in their retirement accounts. There’s often a certain element of anxiety about the unknown, and information is the best possible antidote to that anxiety. To that end, this article will address the history of Bitcoin, the cryptocurrency’s potential as an investment, and its eligibility for IRAs.

Bitcoin is built on blockchain technology, an encrypted ledger of transactions that is maintained by a decentralized network of computers around the globe. While the underlying technology has been around for some time, Bitcoin, the first cryptocurrency, has existed since 2009.

The world was first introduced to the concept of a digital currency in 2008, when a Bitcoin whitepaper announced the development of a new, electronic currency that could be used to transfer value directly between people, bypassing banking institutions altogether. The paper, authored by an unknown figure by the name of Satoshi Nakamoto, is still relevant in cryptocurrency today.  Shortly after the whitepaper’s publication, Bitcoin itself appeared on the scene.

The first Bitcoin purchase—a few pizzas—was carried out in 2010, and the value of Bitcoin has soared since that day. The 10,000 Bitcoins which a hungry man in Florida used to buy those pizzas would, today, be worth tens of millions of dollars.

In 2011, newer cryptocurrencies began to appear and half a decade later, companies began offering ICOs (initial coin offerings), allowing investors to buy into and receive a new cryptocurrency issued by the company.

Is Bitcoin a Good Investment?

The technology behind Bitcoin is revolutionary, but the concept behind the digital asset is equally unique, taking financial controls out of the hands of banking institutions and governments to create a currency that is highly secure, transparent, and decentralized.

As a digital currency, Bitcoin is not subject to the laws of inflation. It has its own, self-imposed supply cap and maintains a careful release schedule that ensures a steady demand for the asset, without the devaluation that occurs with traditional currencies. This makes Bitcoin a natural counterbalance to traditional investments, which are subject to inflation and to government controls.

Using Bitcoin as a Retirement Investment

The IRS decision made digital assets eligible for inclusion in a Self-Directed IRA, with the same treatment as any other asset held in an IRA.  These Self-Directed IRAs are administered by a custodian, who handles the bureaucratic aspects of the IRA, including reporting contributions and distributions to the IRS. However, a Self-Directed IRA gives its owner (you) tremendous freedom in terms of deciding how to buy and trade assets and manage the account.

Both IRAs and 401ks are types of retirement plans, with 401k’s sponsored by an employer,  while IRAs are set up by the individual investor.

The money that you contribute to a 401k is commonly invested in stocks or mutual funds. While you, the investor, have some input in terms of your level of risk tolerance, you may have little say in managing your 401k, or your employer may offer you only limited number of options from which to invest.

On the other hand, an IRA—especially a Self-Directed IRA—offers you far more latitude in terms of your investment choices. You can also take an active role in managing your IRA. This makes it ideal for investment in digital assets.

A Cryptocurrency IRA may be a Traditional, Roth, SEP, or SIMPLE IRA.  Once you determine which one is right for you, an experienced professional can assist you in the setup and funding.

It’s a good idea to find a provider like Coin IRA, who not only allows you to trade in Bitcoin and other cryptocurrencies but who specializes in the intricacies of IRA rules regarding the transfer of funds between various different retirement accounts and can protect you from creating an irreversible accidental taxable event.

A few employers are beginning to offer cryptocurrencies in 401k plans, but for the most part, you must transfer your eligible 401k funds into a Self-Directed IRA in order to hold cryptocurrencies in your retirement accounts.  Once your account is funded, you can buy Bitcoin immediately, adding it to your overall investment portfolio. You will have far more options for investment when you’re managing your own Self-Directed IRA.

Adding Bitcoin to Your Retirement Portfolio

Bitcoin investors are more bullish today than ever before, and people who invest in cryptocurrency are making digital assets an ever-greater part of their portfolios.  According to a recent survey, 25 percent of people who invest in Bitcoin are putting at least half of their investment dollars into the cryptocurrency, signaling their confidence in the new asset class.

Those who invest in cryptocurrency say they value the ability to avoid inflation, steer clear of government controls, and diversify their portfolio, acting as a natural complement to their existing investments.

Transferring a portion of your IRA into Bitcoin will open up your savings to the tremendous potential that this new asset has to offer. The expert advisors at Coin IRA can talk you through every aspect involved in creating a Cryptocurrency IRA.  It’s a small step that can open up a world of possibilities.