Bitcoin Investment Is All About the Long Game 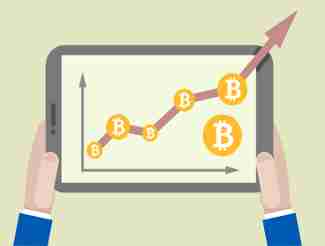 Many pundits have pounced on the fact that Bitcoin recently dropped to $4,000 as a sign that the cryptocurrency revolution has run out of steam. But that ignores the clear fact that Bitcoin investing, just like any sort of investing, is all about the long game. Sure, if you focus on short-term price moves you can get discouraged about any sort of investment. But ten years ago Bitcoin wasn’t even worth a penny, and now it is worth thousands of dollars. Even a year and a half ago Bitcoin was only worth about $2,000 and now it is worth double that. That’s far better performance than stock markets.

Yes, there may have been some people who bought into Bitcoin near the top and lost money. But that happens in all sorts of markets and with all sorts of assets, from stocks to bonds to gold. Markets are cyclical, prices fluctuate, and you can’t always time the market. While everyone hopes to buy low and sell high, that doesn’t always work out. Those who get into the market, ignore the short-term fluctuations, and stay with solid investments are those who fare the best.

What is clear is that cryptocurrencies offer numerous advantages over traditional fiat currencies and existing electronic payment methods, and they are growing in popularity and importance every day. Remember that Paul Krugman believed in 1998 that the internet would never amount to much. 20 years later, he realizes just how wrong he was. And he wasn’t the only one.

Internet commerce, too, was once pooh-poohed as never being able to compete with brick-and-mortar stores, yet as the success of Amazon has demonstrated online commerce is here to stay. Those who have gotten in on the ground floor of Bitcoin investment through investing in Bitcoin IRAs or other methods need to remember that the benefits from Bitcoin will be reaped by staying the course and ignoring short-term fluctuations that frighten off less-committed investors.