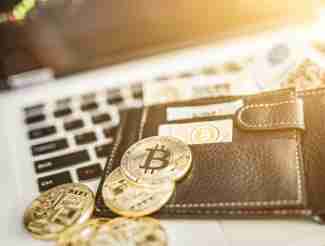 In an encouraging sign for Bitcoin’s use as a transactional currency, a greater number of bitcoins are now being held in wallets that show signs of transactional use. Around 4.8 million bitcoins are currently held in wallets that show signs of use, up from 3.8 million bitcoins held in those wallets during the height of the Bitcoin boom at the end of 2017. That bodes well for the future of Bitcoin as a medium of exchange and not just as a store of value or investment asset.

Many Bitcoin naysayers like to point to the fact that the total sum of Bitcoin transactions has declined significantly from its peak. While that may be true, the sum of Bitcoin transactions today is still easily ten times higher than it was at the beginning of 2017. Bitcoin has been through peaks and troughs before, so it’s important to look at the trend growth over time rather than looking at short-term statistics. Five or ten years from now, the period from November 2017 to today will be but a minor blip on the charts.

It’s important to remember, too, that even though storing Bitcoin in cold wallets is one of the most secure ways for Bitcoin IRA investors to safeguard their assets, some amount of Bitcoin will still need to be held in wallets that are available to be used in online transactions in order for Bitcoin to remain a transactional currency. Bitcoin investors may not want to keep their assets stored that way, but for those who want to spend their Bitcoin, it’s almost a necessity. And the more people who use Bitcoin and accept Bitcoin as a payment, the greater the network effects will become. That benefits everyone in the Bitcoin ecosystem.

From a greater number of bitcoins being held in transactional wallets to greater price stability in recent months, the Bitcoin world continues to remain full of good news that points to Bitcoin’s continued viability as a currency and as an asset. Those who foresaw Bitcoin’s potential stand to benefit greatly from their investments.