Bitcoin Has Failed, According to BIS: Oh Really? 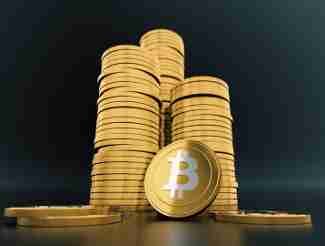 Central bankers aren’t the most aware people on the face of the planet. They continue to drive country after country into recession, then feign ignorance, as if inflation weren’t the product of their monetary policies. So when a central banker comments on matters of money and currency, you have to take everything with a grain of salt.

That’s especially the case for the central bankers’ central bank, the Bank for International Settlements (BIS). In a recent report the BIS claimed that Bitcoin and cryptocurrencies have “failed to provide a reliable and attractive means of payment or store of value.” That’s laughable not only in how prematurely the BIS is trying to relegate Bitcoin to the grave, but also in how wrong the BIS’ assessment is.

Bitcoin’s adoption as a means of payment may have hit some growing pains, but that’s partially due to Bitcoin’s development as an investment asset. With a currency that’s rapidly appreciating in value, the desire to buy and hold it outweighs the desire to spend it. The days of spending 10,000 bitcoins to buy a pizza are long since over, replaced by investors looking to secure their retirement by stashing a few dozen bitcoins away in a Bitcoin IRA.

With Bitcoin futures trading already well established, Bitcoin options trading coming soon, and Bitcoin exchange-traded funds (ETFs) in the works, Bitcoin has more than proved to markets that it’s a stable source of value in high demand from investors around the world. For the BIS to say otherwise shows just how out of touch central bankers in their ivory towers are from the everyday people who trust Bitcoin to maintain its value better than fiat currencies ever could.

Only 10 years after its creation, Bitcoin has made amazing strides to make it into the financial mainstream. And in another 10 years we’ll look back and wonder how the BIS could have gotten Bitcoin so completely wrong.