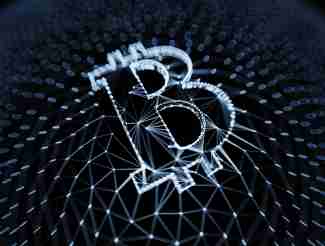 In another piece of positive news for Bitcoin, recent research indicates that Bitcoin’s mining network is growing more and more decentralized. That’s a positive for Bitcoin, as it means that no one network could threaten a potential “51 percent attack” and unilaterally rewrite Bitcoin’s rules. And the more decentralized the network becomes, the less likely such a theoretical attack could ever occur.

Back in 2014, the GHash.IO mining pool controlled about 50 percent of Bitcoin’s mining resources. That led to real concerns that it could attempt to get other miners to join and get above the 51 percent threshold. That never materialized, and fears of the dreaded 51 percent attack largely were placed on the back burner. In large part that was due to advances in Bitcoin mining technology that made it easier for competing miners to enter the market and start mining Bitcoin.

Fast forward to today, and no mining pool controls over 20% of the total Bitcoin hashrate. GHash.IO closed down its mining operations in 2016, and remaining mining pools remain largely scattered and decentralized. In all likelihood there will never again be a threat from any one mining pool coming anywhere close to 50%.

Of course, it isn’t just the supply side in which decentralization is proving to be beneficial. On the demand side, more and more bitcoins are being held in transactional wallets, meaning that Bitcoin owners are actively using Bitcoin and Bitcoin ownership is becoming more decentralized. While a lot of Bitcoin is still owned by a relatively small number of wallets, that ownership concentration is growing more and more decentralized each year.

Both of these developments will have a positive impact on Bitcoin adoption, allowing more and more people to own Bitcoin, invest in Bitcoin, and use it as a currency. That will increase Bitcoin’s network effects and continue Bitcoin’s march to revolutionize the world of currency and payments.