Bitcoin Broke Through the $4,000 Barrier, But Will Mt. Gox Sales Sink It? 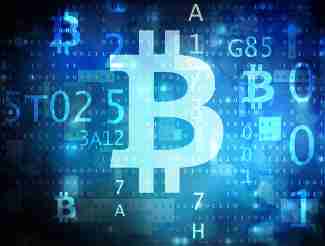 For weeks Bitcoin traded in a fairly narrow price range. The $4,000 barrier was an upper bound that Bitcoin had only periodically breached but which was an important one psychologically. Bitcoin needed to be able to smash through $4,000, and then there was no telling how much more it would appreciate over the course of the year. But just as Bitcoin has broken through that barrier, news comes from Japan that may depress Bitcoin’s price and keep it from continuing to rise.

It’s already known that massive sales of Bitcoin last year by Mt. Gox trustees may have been responsible for crashing Bitcoin when it was still near its all-time highs. Now those trustees have approved billions of dollars in creditor claims and is ready to pay them out. In total the defunct exchange has nearly $630 million in cash on hand to pay back investors. It also holds over 141,000 bitcoins and over 142,000 Bitcoin Cash coins, which together are valued at nearly $600 million.

However the trustees have approved claims for over 800,000 bitcoins (over $3 billion). How exactly the trustee will reconcile those claims against the assets on hand remains to be seen. The prospect of liquidating extant Bitcoin and Bitcoin Cash holdings and distributing funds to investors is one way of doing it, as given lower Bitcoin prices at the time of Mt. Gox’s demise that would still stand a chance of making investors whole in terms of fiat money. But a massive sale of that size would have a depressive effect on Bitcoin’s price and would harm cryptocurrency markets.

Mt. Gox’s trustees have a tough choice ahead of them, and whatever they choose to do could have a major impact on world cryptocurrency markets. Mt. Gox remains a cautionary tale for cryptocurrency investors, and highlights the need for investors to choose carefully where they store their Bitcoin. Given the history of Bitcoin exchanges rising and falling, and their susceptibility to hacks, investing through a Bitcoin IRA and well-established cryptocurrency custodian remains the most secure method of investing in Bitcoin.