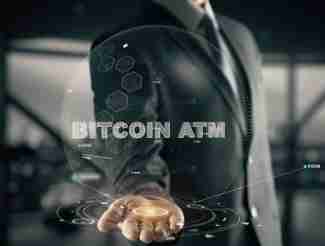 While the mainstream media focused on the drop in Bitcoin’s price in 2018, Bitcoin users and investors doubled down on their adoption of the radical cryptocurrency. Bitcoin ATMs, which allow users to buy and exchange Bitcoin, became much more popular in 2018, with an almost perfect doubling in use from 2,025 machines in 2017 to 4,051 in 2018. That demonstrates that price movements aren’t an impediment to the further adoption of Bitcoin.

The United States remains by far the most popular country for the installation and use of Bitcoin ATMs, as Americans are used to conventional ATMs more so than many other countries that have moved towards digital payments. However, despite their popularity there remain concerns about the security risks that exist among Bitcoin ATMs.

Still, Bitcoin ATMs allow many users, particularly those who may not have internet connections at home or who don’t feel comfortable purchasing and holding Bitcoin on their home computers or smartphones, the ability to purchase Bitcoin quickly and easily. The fact that their numbers doubled last year is a significant achievement that shows that Bitcoin adoption at the user level continues to increase, despite what naysayers may say.

That’s great news for Bitcoin IRA investors too, as everything that results in greater adoption of Bitcoin in the present will result in greater demand for Bitcoin in the future. Even though Bitcoin’s price decreased in 2018, it’s still nearly four times as high as it was at the beginning of 2017. That’s price appreciation that no stock or bond could match. And while the initial burst of gains that made many Bitcoin millionaires may be over, there are still significant gains to be made over the next 5, 10, or 20 years.

Bitcoin watchers will want to see if the trend towards Bitcoin ATM adoption and usage continues in 2019, but there’s no reason to think that it won’t. Bitcoin will only gain in popularity as time goes on.