Best Cryptocurrency to Invest In 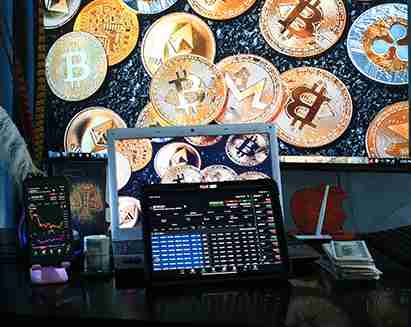 It’s been a wild spring for all investors caught by the bearish storm on the crypto market. At least, this downturn inspired a renewed awareness of the cryptocurrency realm and taught us a valuable lesson — only the strongest survive the storm.

As it stands already, cryptocurrencies will bounce back sooner than expected, but not all of them. Dubious ventures, pumped market caps, and over-enthusiastic projects will probably never recover from this crisis. At the same time, those who overcome the storm will emerge stronger than ever.

But, how can we be sure about this? We can’t. When it comes to the future of cryptocurrency, we can’t be sure about anything. That’s the charm of the fast-changing blockchain game. Nobody could even imagine that Bitcoin would hit $68,000 in November 2021, just as nobody could predict the painful collapse of the top-performing Terra (LUNA).

However, based on recent events, we can rely on the universal factor of resilience, something that we blindly neglected while putting trust in every new blockchain project. Interestingly enough, at this point, resilience seems to be the deciding factor when choosing the best options for crypto investments.

What to Consider When Choosing a Cryptocurrency

If the background story of a certain crypto feels unjustified or too good to be true, you should immediately remove it from the list of possible investments. At the same time, you must know your personal purpose for entering the cryptocurrency arena since different types of crypto attract different user styles.

In general, crypto assets have achieved the greatest success in the role of a store of value. Yet, there is a growing DeFi world that offers a myriad of trading opportunities and colorful NFT collections on ultimately decentralized platforms. They throw out new crypto tokens every minute, only a few of which live long enough to see the light of day. Also, you can find plenty of sophisticated platforms for trading crypto derivatives and CFDs on high margins.

However, if you don’t see yourself as a day trader reading Bollinger Bands with your morning coffee, you don’t need a crypto that serves only as a dynamic speculative asset. Instead, focus on mainstream cryptocurrencies whose value we expect to flourish and stabilize in the years to come.

What Are the Best Cryptocurrencies to Invest In?

Even if we know in what direction we’re moving on our crypto path, it can be tough to narrow down the list of most promising investments because of the coin diversity. Based on their proven track record and other market signals, we singled out the following cryptocurrencies as the best “investment deals.”

Bitcoin has earned the highest credibility stamp for being the first cryptocurrency that heralded the development of decentralized finance. It was introduced back in 2009 when a pseudonymous developer, Satoshi Nakamoto, published a white paper explaining the principles of a trustless cash system where users can interact financially in a peer-to-peer (P2P) manner.

Interestingly, despite the revolutionary narrative, nobody seemed to be interested in intangible money at the beginning. Bitcoin itself was making a way to public recognition, opening room for a $3-trillion-worth industry. However, Bitcoin went a rocky road fixing its teething pains — it faced cyber attacks, dark market scandals, and sharp price ups and downs, only to become a cultural phenomenon in less than a decade after its inception.

Today you can buy, sell, and trade Bitcoin in a rather regulated landscape. Its price hasn’t reached considerable stability, but Bitcoin has earned the status of digital gold. Despite the price inconsistency, Bitcoin has never lost its scarcity. Added to the fact that BTC supply is limited to 21 million units, we can expect nothing but a bright future for the most valuable digital asset.

Ethereum is the second-largest cryptocurrency, standing right next to Bitcoin on all relevant crypto charts. However, while you always see these two cryptocurrencies together on nearly all crypto platforms, Ethereum has different core values from Bitcoin.

Namely, Ethereum is designed to be more than just digital money. Its blockchain supports self-executing programs called smart contracts that can be used for building other tokens, NFTs, and decentralized apps (dApps) on top of the Ethereum network. DApps can find applications in many other industries apart from trading cryptocurrency, and because of that, we say that Ethereum’s success lies behind its high utility.

To make this decentralized machinery move, the Ethereum blockchain uses its native Ether coin. Unlike Bitcoin, Ether doesn’t have a limited supply to maintain such a level of scarcity, but it can be quite a lucrative investment in the long run. If the world turns decentralized in terms of digital communication, Ether, as the “fueling” asset, will play a crucial role and hence, skyrocket in value.

Finally, it’s worth mentioning that the Ethereum blockchain is transitioning to a more efficient and environmentally sustainable consensus algorithm called Proof-of-Stake (PoS), which is expected to have a positive impact on its future development.

Stellar is a decentralized infrastructure and one of the oldest players on the crypto scene. It was launched in 2014 with a clearly defined purpose — to process cross-border payments fast and efficiently, without excessive costs and delays.

The network has its own built-in asset known as Lumens (XLM) that serves a special function in the network. Over time, the XML usability has diversified, and now you can also see the token outside the Stellar network. The holders can use it for global on-chain and off-chain payments, as well as for trading on professional crypto platforms.

The real-world utility combined with the years of experience makes XLM promising crypto in the long run. The XLM exchange rate has ranged between $0.1 to $0.7 in its years of existence. Almost all algorithmic price projections signal that the Lumens token will grow in the future. For example, Gov.capital estimates that the XML price will reach $1.81 by 2027.

Released at the dawn of the crypto era, Litecoin was one of the first Bitcoin competitors. The altcoin was created in 2011 in an effort to provide an improved Bitcoin version by upgrading the system with faster and cheaper transactions. As time went on, Litecoin somehow lost its luster because of the plenty of new crypto projects designed with the same goal — to serve as a flexible payment method.

However, Litecoin has something the mass of upstarts don’t — longevity. After several meltdowns that shook the crypto investment ground, investors seem to return to a well-familiar blockchain product that has passed all the tests of time. Finally, Litecoin has always been open to technical upgrades to enhance its overall performance and security.

As you can see, the cryptocurrency industry doesn’t allow us to make an assertive response to all market trends. The list of top-ranked cryptocurrencies has been changing quickly, and therefore, requires caution when devising a long-term investment strategy. Bitcoin is perhaps the only exception to the “rule of inconsistency” in the crypto ecosystem. However, you should take note that its anchored position still doesn’t protect BTC from price fluctuations, and patience may be required for the long term.

Despite the risks associated with crypto investments, they’ve demonstrated incredible power to reshape the financial world. Decentralization is definitely here to stay — we just need to carefully choose the right assets to take advantage of it with a winning move.  Coin IRA’s team is always here to help you on your crypto journey, whether you elect a tax-advantaged Cryptocurrency IRA or an Individual Non-IRA Trading account (or both!).  With Coin IRA, you get an experienced company you can trust to provide you with the winning assets at the right price, and the ultimate in security.