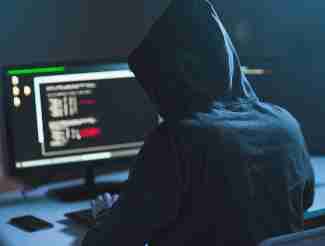 Coinbase is perhaps one of the best-known cryptocurrency exchanges to most Americans. But the company was just recently the target of a very sophisticated and long-developing hack attempt. Using various methods to develop an attack, hackers sought to penetrate Coinbase and ultimately make off with significant amounts of cryptocurrency. Thankfully the hack was detected and warded off, but the danger still highlights the threats that exist.

The hack began with malicious actors managing to penetrate the email servers of Cambridge University in the UK. Creating new email aliases there, the hackers emailed Coinbase employees, referencing their backgrounds. It took weeks of back and forth correspondence before the hackers finally deployed their weapon, a URL that would install malware on the victim’s computer.

Thankfully the attack never got past that first stage, as it was reported by an employee and detected by Coinbase’s systems. Thus a potentially major crisis was averted. But rest assured that Coinbase and other similarly large exchanges will remain highly popular targets for cybercriminals.

That’s why it’s never a good idea to keep your Bitcoin or other cryptocurrency investments in online storage. Storing those assets where they can be accessed or stolen by thieves means that it’s only a matter of when, not if, you are subject to an attack. Offline storage, cold storage, or vault storage is the way to go, to make sure that your Bitcoin aren’t out there available for anyone on the internet to try to take.

One of the best ways to keep your Bitcoin offline is through a Bitcoin IRA, which requires you to choose a Bitcoin custodian to store your bitcoins. The offline storage offered by custodians is far more secure than hot wallets and online storage, and the small size of most custodians relative to behemoths like Coinbase means they won’t be nearly as targeted through social engineering hacks or spear-phishing attacks.

When it comes right down to it, your Bitcoin investments need to stay safe. It’s up to you as a Bitcoin investor to make the right decision about Bitcoin storage to ensure that your assets remain protected.