Asset-Backed Cryptocurrencies: The Wave of the Future? 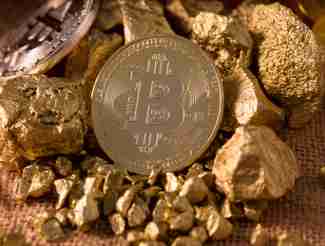 While Bitcoin has taken the world by storm, one of the knocks on it has been the fact that, like most other cryptocurrencies, it is not backed by anything. Many of Bitcoin’s opponents in the world of central banking, in particular, like to point out that Bitcoin is just an unbacked currency created ex nihilo, oblivious to the fact that their central bank currencies are created just the same way. But a recent trend has seen the development of cryptocurrencies that are supposed to be backed by assets of some type. Could that point the way towards the future of cryptocurrency?

Asset-backed cryptocurrencies take many forms. By now many people are familiar with the Venezuelan petro, a cryptocurrency developed by the Venezuelan government that is supposed to be backed by oil reserves. There also is an increasing trend of issuing “stablecoins,” cryptocurrencies that are backed by an existing fiat currency such as the US dollar. Of course, that defeats one of the purposes of Bitcoin’s creation, which was to provide a currency that wasn’t reliant on central banks.

Now we have the phenomenon of cryptocurrencies being backed by gold. There were attempts at doing something like that when Bitcoin was first gaining traction, but no gold-backed cryptocurrencies really took off. This latest attempt may not succeed either, but it’s an interesting attempt. The cryptocurrency, from Swiss startup Eidoo, backs each of its ekon tokens with one gram of 99.9% fine gold. The gold holdings are stored in vaults that can be viewed online via a security camera, and owners can even exchange their tokens for gold for a fee.

While that’s an interesting concept, it still doesn’t completely overcome the trust problem that Bitcoin sought to eliminate. Until someone finds a way to merge the best qualities of Bitcoin with the best qualities of gold, Bitcoin will remain the best investment choice for those looking to benefit from the long-term potential of cryptocurrencies.