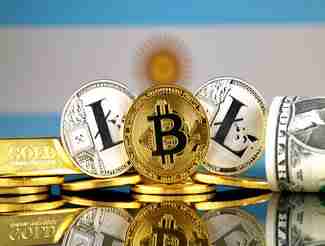 One of Bitcoin’s many benefits has been the ability to make easier payments across borders without having to rely on the banking system. While many people have taken advantage of that benefit in peer-to-peer transactions, for the first time a bank has used Bitcoin to enhance its ability to allow its customers to make cross-border payments.

Argentine bank Banco Masventas has partnered with cryptocurrency exchange Bitex to offer such a service to its customers. It views the ability to use Bitcoin for cross-border payments as an alternative to the use of the well-known SWIFT network.

This is an important development for a number of reasons. Bitcoin has become extremely popular in South America as a way for people to protect their wealth and move it around easily. As a well-known and accepted medium of exchange, it allows South Americans to bypass the capital controls which are all too common in South America.

While many are focusing on the crisis in Venezuela, and the role that Bitcoin is playing in allowing ordinary Venezuelans to bypass the Maduro regime’s capital controls, Argentina has had capital controls of its own. The country still has not fully recovered from its 2001 international debt crisis, with inflation remaining high, along with interest rates.

Foreign exchange reserves have dropped by billions of dollars, and new foreign exchange controls have recently been placed on some local financial institutions. The probability of another currency crisis is high, and Bitcoin will undoubtedly play a role in helping Argentines protect themselves once that occurs.

Aside from the benefits to Argentines of using Bitcoin to protect their wealth and make cross-border payments, this new development in Argentina highlights an important use case for Bitcoin that has been overshadowed in recent months by Bitcoin’s importance as a store of value for investors. While payment systems such as XRP have been developed specifically to cater to financial institutions, the case of Banco Masventas demonstrates that it doesn’t require a completely new cryptocurrency or payment network to make cross-border financial flows easier. Bitcoin does that already, and does it very well.