Are Bitcoin Billionaires Cashing Out? 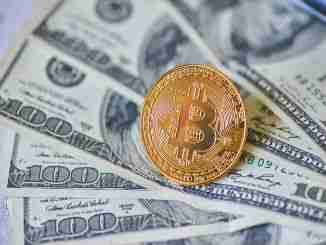 One of the perennial knocks against Bitcoin has been its price volatility. Compared to other financial assets, Bitcoin is incredibly volatile, with intraday price swings often exceeding the percentages that would stop trading on major financial exchanges. There are a few reasons for that, one of them being that Bitcoin markets are still relatively new, immature, and thinly traded. That means that things that might affect other markets only weakly will have outsized effects on the Bitcoin market. The other reason is that much of the supply of Bitcoin hasn’t moved since it was created, as it is tied up in the holdings of “Bitcoin billionaires.”

The Bitcoin billionaires aren’t all billionaires, but the top 1,000 holders of Bitcoin own about 40 percent of Bitcoin’s total supply. That’s an average holding of around $350 million per person. Many of those holders haven’t sold their coins, they’re still holding on to them in the hopes of further price appreciation. While that’s great for their portfolios, it means that there are fewer bitcoins available to trade on exchanges, meaning that relatively minor amounts of Bitcoin changing hands will have a major effect on Bitcoin’s market price.

While there have been fears that major Bitcoin holders cashing in their holdings might lead to a Bitcoin crash, that shouldn’t be the case. For one thing, divesting themselves of a portion of their holdings would lead to a greater number of bitcoins available to other investors. The more people who are able to own Bitcoin, the greater the network effects and the greater the long-term viability for Bitcoin.

That also would open up more bitcoins for trading and investment, which would benefit those investing in Bitcoin IRAs. More bitcoins available for trading will help markets by allowing for greater trading volume, which should help smooth out price fluctuations. For those who are looking to invest in a Bitcoin IRA for retirement, more stable and predictable prices should ease concerns about Bitcoin’s long-term price stability. So rather than fearing large Bitcoin holders cashing out, that type of behavior should be encouraged.