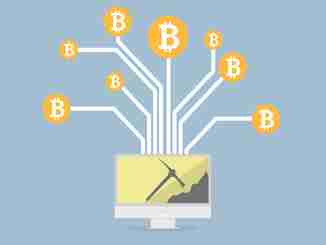 Another day, another public utility that decides to discriminate against Bitcoin miners. It’s not New York this time, but Washington state, where the Chelan County Public Utility District has decided to stop taking applications for service from new cryptocurrency mining operations. It’s a frustrating reminder not just of the problems with the way electricity is produced and distributed in the United States, but also of the regulatory burden facing cryptocurrency firms at multiple levels.

Federal regulators thus far have taken a light touch to regulating Bitcoin and cryptocurrencies. The usual gamut of alphabet soup agencies have all weighed in over the past few years. IRS has declared Bitcoin to be property and has reminded taxpayers that they may owe taxes on all their cryptocurrency gains. CFTC has approved trading of Bitcoin futures contracts. SEC has taken action against ICOs. But aside from that, there has been relatively little federal action, save a determination to study cryptocurrencies in greater detail.

State regulation varies, as one can expect. On the one hand you have a state like New York, whose BitLicense regulatory framework has tried to subject cryptocurrency businesses to the same legal framework as other financial services firms, resulting in a cooling of the business climate surrounding Bitcoin. Then you have other states such as Wyoming and Arizona, whose state legislatures are trying to welcome Bitcoin, even going so far in some cases as to recommend accepting Bitcoin in payment of taxes.

Then you have local regulation, the greatest effects of which come through utility companies providing electrical service to cryptocurrency mining operations. Thanks to the monopoly power enjoyed by utility companies, the electrical grid remains antiquated and, in many areas, of limited capacity. Even areas with abundant hydroelectric power, such as Chelan County, face huge draws on their grid as more and more cryptocurrency miners flock to take advantage of cheap electricity.

Those types of roadblocks are frustrating for companies that face no obstacles at the federal and state levels. Given the importance of mining to Bitcoin and other cryptocurrencies, it would be like a municipality saying that anyone could put their money in a bank, but transfers of bank funds have to be routed through China. Not surprisingly, China remains the center of cryptocurrency mining right now, because its government hasn’t yet cracked down on mining or sought to cut miners off from electrical power.

If you invest in Bitcoin, it’s because you realize the tremendous potential Bitcoin has and the increasingly important role it will play in society going forward. That’s why it can be very frustrating to see local-level roadblocks of this sort being placed in the way of legitimate and growing businesses. We can hope, though, that as the importance of Bitcoin becomes more well-known we will start to hear fewer and fewer stories of obstacles being placed in the way of cryptocurrency growth and adoption.