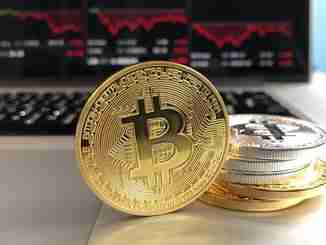 In a case that could prove quite interesting to the Bitcoin community, Australian businessman Craig Wright has been sued for $10 billion. Wright, who once claimed that he was Satoshi Nakamoto, the founder of Bitcoin, is being sued by the estate of a former business partner, Dave Kleiman. Kleiman’s brother Ira is bringing the suit on behalf of the estate, alleging that Wright acted fraudulently in trying to hoard for himself Bitcoin assets that actually belonged to Kleiman.

The identity of Satoshi Nakamoto has never been determined, nor is it known whether Satoshi was one person or a group of people. According to Ira Kleiman, Wright and Dave Kleiman together created Bitcoin. Dave Kleiman passed away in 2013 after battling MRSA. Ira Kleiman’s lawsuit alleges that Wright schemed to get Dave Kleiman’s bitcoins under his control, forging contracts that purportedly turned over Kleiman’s assets to Wright.

If true, the lawsuit would have two major effects on the Bitcoin community. First, we would finally know who created Bitcoin. Wright has claimed in the past to have been Bitcoin’s creator but has been widely panned by many cryptocurrency enthusiasts as a hoaxer seeking to capitalize on Satoshi’s anonymity. If Ira Kleiman’s claim that Wright created Bitcoin along with Dave Kleiman is found to be true, it could explain why the “real” Satoshi never came forward once Bitcoin started to take off.

Even more importantly, it would indicate who really owns Satoshi’s hoard of bitcoins, estimated at over one million, with a total market value today of over $10 billion. Satoshi amassed a huge stash of bitcoins during the early days of the cryptocurrency but never did anything with them over the years, perhaps fearful that doing so might call into question Bitcoin’s legitimacy. Or perhaps Dave Kleiman took his keys with him to the grave, something that will undoubtedly be cleared up if this lawsuit proceeds.

For Bitcoin investors this could provide some much-needed background on Bitcoin’s origins, as well as some clarity about the disposition of Satoshi’s Bitcoin assets. With such a large holding of bitcoins, Satoshi’s hoard was like a Bitcoin whale. Had those coins ever been liquidated, it could have put immediate downward pressure on Bitcoin’s price. If the lawsuit ends up resolving their ownership and determining whether they are potentially salable, that would provide some much-needed clarity about the available supply of Bitcoin.