Seven Ways Bitcoin Can Benefit Everyone 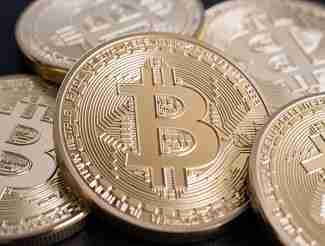 Bitcoin is the leader in a new technology wave. Until now, only banks could create currencies. Now anyone can create what is called a ‘token’ to use for a myriad of different purposes; some could be to keep health records, to monetize watching advertisements, or to easily send money to a foreign country.

Up till very recently, cryptocurrencies were the province of geeky individuals – the average investor kept to more mainstream assets for their retirement portfolio. However, in the past few months, institutions and high-profile public figures like Elon Musk have been buying large amounts of Bitcoin and other cryptocurrencies.

Many conventional investments have delivered very poor returns recently, but had you invested in Bitcoin and the cryptocurrency sector you’d have seen your investments skyrocket – BTC up 160% in 2020, compared to S & P 500 13.73% and gold 21.6%. So now Bitcoin is for everyone who needs to invest in their future.

If you’re one of those people who have heard about Bitcoin but can’t decide if you’re going to invest or not, you’ve come to the right place. Here are some reasons why you should buy Bitcoin, preferably via Coin IRA, which is an easy route to owning the asset.

Bitcoin Is a New Asset Class

Asset classes are things like gold, real estate, as well as stocks and bonds. Cryptocurrency has now become part of this group because of Bitcoin’s amazing return on investment (ROI). Major corporations like TESLA have invested in Bitcoin, so many people are confident that they have made the right choice. It won’t be long before Bitcoin is a normal part of many people’s investment or retirement portfolios. Investment advisers say that a diversified portfolio is best – and what better way to diversify than to add another asset class?

External events like a stock market crash shouldn’t affect Bitcoin. It is not surprising because Bitcoin is created to avoid these scenarios, including real estate and traditional money system problems. There are many people who are putting some of their money in Bitcoin because they see it as a “safe haven” – like gold – in case their other investments tank.

This is the reason why it has risen its value. Bitcoin can’t be printed, unlike regular money. The cryptocurrency is limited to 21 million. This property is not seen negatively. Scarcity value drives the price up as more people buy crypto – so Bitcoin is for everyone. You need to invest in it now as there will not be enough for everyone who wants it.

Fiat currency can be frozen by the bank, depending on where you live. For example, in Cyprus a few years ago, there was a financial problem, and the banks took 10% of everyone’s deposits.

You don’t have to worry about these things because it will never happen to cryptocurrency. It is not dependent on central banks and even the government so. They have no control over it. The only person who has control over your digital money is you.

Central Banks Can Not Be Trusted

If you think back to the banking crash of 2008, central banks all over the world created billions in currency as “helicopter money” to drop into the banking system to ensure liquidity. That means that your own dollars essentially lost value. We don’t know if a further crisis will force the Fed to do something similar again. The idea of a cryptocurrency that can’t be devalued by a central organization is becoming more attractive and more useful by the day for wise investors.

It is getting easier to buy and store Bitcoin. Previously you needed to be quite a geek to manage to invest successfully. This was stressful, and if something went wrong you might lose access to your coin hoard (note that Bitcoin cannot be ‘destroyed’ because they all remain on the blockchain, but it is possible to lose access to them – however Coin IRA is a way to avoid this issue).

Coin IRA is a pioneer in offering Cryptocurrency IRAs, providing an excellent customer experience in guiding you through safe buying, selling, trading, and storing of Bitcoin and other cryptocurrencies. The portfolio includes Bitcoin and Ether, the No.1 and No.2 cryptocurrencies, and six other major currencies including Litecoin (LTC) and Dash (DASH), and a new and exciting “Decentralized Finance” or DeFi coin called Chainlink (LINK).

One of the issues with conventional assets is they can be faked. Dollars can be counterfeited. Stocks can be devalued by the company issuing more of them. In recent years there has been suspicion of some gold ETFs, that there isn’t actually the right amount of gold in them – that is they aren’t really backed by enough physical gold in a vault. Those investors could lose out.

Nobody has managed to counterfeit even a single “Satoshi” (the smallest division of bitcoin, a millionth of a coin). It simply isn’t possible because the decentralized ledger – the blockchain – is verified on millions of computers worldwide. This gives cryptocurrencies a considerable advantage over regular asset classes.

Now Is the Time to Invest in Crypto

Now is the time to add some cryptocurrencies to your investment portfolio. Bitcoin was developed with the goal of letting people control their individual economies. This objective is now happening globally, providing citizens with outstanding benefits.

So really, Bitcoin is for everybody. It certainly changes the world of investment. For years major financial institutions laughed at Bitcoin or called it a scam. Now they are rushing to set up cryptocurrency investment divisions, buying Bitcoin in large amounts, and looking for the most innovative projects to put money into.

If you choose to take control of your destiny and invest in Bitcoin, you’re doing the right thing. Talk to a representative at Coin IRA to learn how to diversify your retirement investments with this exciting new asset.