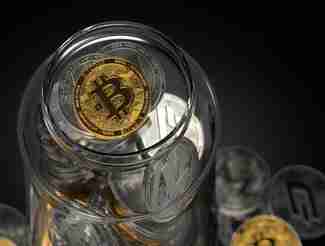 A new Bloomberg report states that about 7% of the world’s supply of Bitcoin is currently being held by a single firm. That firm, Xapo, was started in 2014 to provide cold storage options to Bitcoin investors. Evidently the company’s product has become so successful that more and more Bitcoin investors are choosing to store their Bitcoin holdings with the company.

Xapo was originally founded by an Argentine entrepreneur who wanted to find a way to store his own Bitcoin holdings. His storage solution was so good that friends and financial institutions began to ask him to store their Bitcoin holdings too, and thus Xapo was born. While originally operating in the United States, the company moved its main storage facilities to Switzerland, storing Bitcoin in an underground bunker. The company is based in Hong Kong but also has a presence in the United States through a subsidiary in the Cayman Islands.

The news of Xapo’s holdings just goes to highlight the importance of cold storage. Cold storage is far superior to holding Bitcoin in online or “hot” storage, as it ensures that your Bitcoin holdings can’t be hacked. The only way for someone to steal them is to gain physical access to them. That would mean either physically taking a hardware wallet that you possess, or gaining access to a bunker in which a company like Xapo stores Bitcoin for investors. The likelihood of that happening is far, far smaller than the likelihood of online storage being compromised.

But no matter how good cold storage is, you still don’t want to put all of your eggs in one basket. Xapo is supposed to have vaults on five continents, thus diversifying their risk and ensuring that a single attack won’t be able to compromise its security. But for Bitcoin IRA investors, holding Bitcoin with a single storage company still can be risky. If you have large amounts of Bitcoin that need to be stored, you still should think about storing your holdings with multiple storage providers, to minimize the risk that any one company defaulting or being robbed could pose to your investments.